How Not Saying No Can Manifest Into Clutter, Part 1

A lot of us have problems saying no. If we aren’t able to do this it can create clutter in our lives.

Here are ways clutter manifest when we can’t say no: 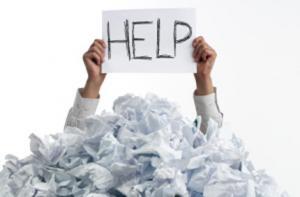 How has not being able to say no created clutter in your life?

Physical: I had a client that couldn’t say no to storing things for people. In his basement he had his work area to refinish furniture how he made his living and he had three large armoires he was holding for someone! This was taking up space where he earned a living! I have seen others have boxes from relatives/parents because no one else wants them, but they don’t want them thrown out, so they give them to the person they know won’t say no.

Mental: Have you ever had someone ask you to borrow money and you couldn’t say no? That could increase your anxiety or fear of not being paid back. You can have extreme mental clutter when your thoughts can become so overpowered by others that you might not be able to separate what you truly think from someone else. 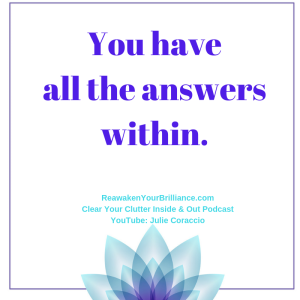 Emotional: Not being able to say no can make you really angry; even if you don’t do anything now, eventually your anger will come out. Another way create emotional clutter is if we have this happen a lot and we are unable to forgive others who haven’t respected us when we say no. Not forgiving people can take up an enormous part of emotional energy.

Spiritual. If you are unable to say no you can create spiritual clutter. I had a friend who told people she was staying with me; I lived in another state at the time, when she was really having an affair. I found out about it and asked her not to do it anymore. If I had not said anything, I would have been going against my spiritual integrity. I have heard stories about people who embezzle. Sometimes those involved new it was wrong, but they couldn’t say no to the person asking for their help. 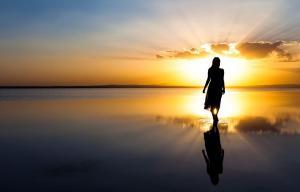 Learn to say no for peace of mind.

Reasons Why We Don’t Say No!

I used to feel a tremendous amount of guilt when I said no—it didn’t matter if I dint want to do something, when I did I still felt bad. I wanted to please people and have them like and approve of me.   We think people will love us more, but often, they have less respect for us.

We might be in an unhealthy co dependent relationship. I encourage you if you have trouble saying no and it’s creating a lot of clutter for you to dig a little deeper and see what is going on and how you can strengthen your ability to say no.

We don’t want to hurt someone’s feelings. For a long time, I was friends with someone who wasn’t kind to me. But, I really liked her father and was afraid that I would hurt his feelings. I finally had enough one day and just stopped saying yes to hanging out with this person.

Why don’t you say no? How has not being able to say no created clutter in your life?

Go out clear some clutter to create the life you choose, deserve & desire! 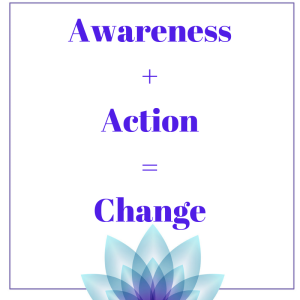 Saying no to clear clutter.

Purchase Julie’s books on how to clear clutter from your life: https://www.amazon.com/Julie-Coraccio/e/B07JGGL7ZL/ref=ntt_dp_epwbk_0

We're not around right now. But you can send us an email and we'll get back to you, asap.